Blonde bombshell or working mother of two? – Benefits and pitfalls of stereotyping 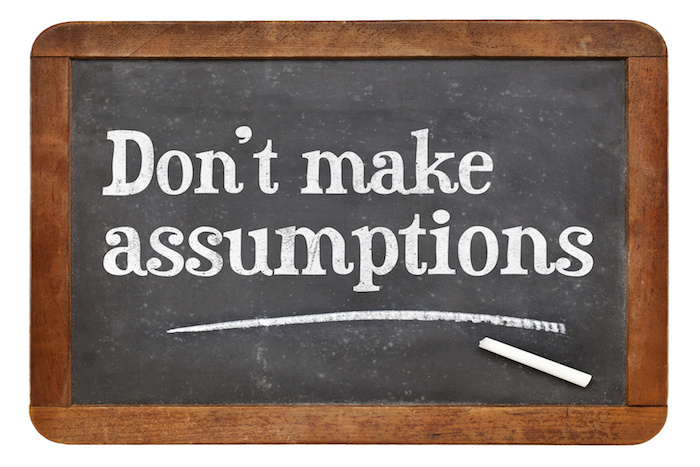 Many moons ago the Glasgow Herald, headlined me as ‘tempting fate’ – when reporting that a company had hired ‘the services of an attractive 32-year old industrial psychologist in order to “stress-proof” the top management team’… Stereotyping works as a quick way of classifying when too much data is coming at you. Thinking in stereotypes makes our lives easier. Everyone does it. We are pretty amazing at taking one glance at someone and automatically knowing lots about them – race, gender, income, class, profession, age, confidence levels and status. Stereotypes are often so one dimensional that they have little value. But once you are in a pigeonhole it is hard to get back out: we use the same evidence-deletion techniques to confirm the stereotype as the ones we used to choose it in the first place. Sadly, most people are unaware of the deep-seated beliefs they hold, even though they impact on their subconscious behaviours. A man comments on a senior woman working for ‘pin money’ and suddenly you have insight to his unacknowledged belief that women have a real man out there supporting them – but presumably want to earn more money to spend on handbags? Of course, when challenged a belief like this falls away as outdated and prejudiced. Sadly most deep-seated beliefs go unnoticed however, and hence go unexposed to the fierce light of logic. Women are making great strides in all walks of life. It’s about time really. Yet the world still seems to want to put women into narrow pigeonholes. When we studied female stereotypes at work for our short book Typical Woman we found out that these can be divisive and set women defensively against each other. It also reduces the opportunity to learn lessons from role models who have gone before – ensuring there is no groundswell of female opinion. Stereotypes reduce people to a single dimension; yet we know that women tend to want to play many more roles in their lives – daughter, mother, volunteer, cook, lover, tycoon, social secretary, colleague, agony aunt, best friend, negotiator, laundry maid. Women are more heterogeneous than many men at work. We all want to do things in our own way, and therefore we often feel we have nothing in common with many of the women we meet. We end up defending our choices and consequently implicitly criticising others’. In reality however, we have a great deal in common with each other but labels keep us apart. Of course there are stereotypes for men too. Somehow however, they all seem to be a bit heroic: breadwinner, hunk, romantic hero, family man. Even bad behaviour gets a positive spin, for example, for “he’s a bit of a maverick” read “bordering on out of control”. Women just seem to get much more extreme, either/or labels, the most notorious being Mother v. Career Woman. No one tends to think of Career or Fatherhood in these mutually excluding ways for men. There is no assumption that having children would prevent a man from doing the other things that make his life great. However many of these labels are harmful to men too, ignoring their desire for a full life and a relevant role as a father. So ironically, both men and women would benefit less pigeonholing and the freedom to express more than a narrow personality at work. Let’s get a bit less comfortable with our reductionist judgments; let’s take the time to see colleagues more broadly and build on their strengths and multiple personalities.