Managing maternity in the 21st century 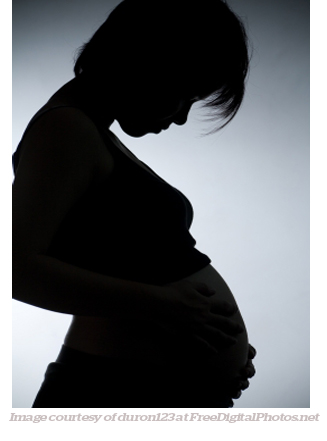 Last week maternity issues in the workplace hit the headlines. While the Institute for Public Policy Research announced ‘one in three working mums is now the main breadwinner’, a survey of 2,000 women by law firm Slater Gordon found that more than one in four mothers feel discriminated against while pregnant or after returning to their job. On top of which, the government has just announced that it is introducing tribunal fees of up to £1,200 for individuals to take an employer to court over pregnancy discrimination. Meanwhile discrimination abounds, despite legal requirements. The first survey mentioned found that of those surveyed: half of women returners were overlooked for promotion; almost a fifth were demotivated and more than one third had responsibility taken away. So what is going on in the world of work in relation to maternity? Are we back to the bad old days of institutional discrimination against working mothers, or is this a new phenomenon? While we accept that companies have some of the best maternity policies and packages in place yet, clearly something is going wrong in practice. Given that women graduates make up the majority (60+ per cent in OECD countries) and that women are now being viewed as serious talent in the retention and promotion stakes in the corporate world, it seems crazy that anomalies are being revealed in maternity practices at work. More than 2.2 million working women are now the primary breadwinners in their household – a rise of 1 million since 1997 – as they earn either more than their partners or provide the sole income in the household. Yet separate research also released last week indicates that there is an uptake of flexible working by mothers returning from maternity leave. Approximately 83 per cent of women now move into part-time and/or flexible working on returning from maternity leave. When is the male hierarchy in corporate Britain going to wake up to the fact that half the workforce carries and gives birth to babies? That it’s a fact of life and that they shouldn’t even have to think about it? Given today’s knowledge of maternity in the work place, flexible working and work-life integration, maternity policies and practice should work brilliantly. They should allow women to seamlessly continue along the career ladder and reach the roles and positions that organisations so desire them to occupy – prescribed almost universally according to their business goals. So why doesn’t it? And how about fathers? So many express a growing desire to be real fathers and spend more time with their children. But do they dare take paternity leave and time off during the working week to support their families? Research would suggest not. Currently, two-thirds of new fathers failed to take the full two weeks of paternity leave available to them immediately after the birth of their child In the war for talent, and the business goals to fill the female senior talent pipelines in particular, leaders would be crazy not to treat maternity like any other logistic that takes place within an organisation. It’s not a problem, it’s a fact. It happens, accept it and sort it. And whatever, don’t allow it to become an excuse for leaking your key female talent. In 2013, according to all the business drivers organisations use, it should be easier than this for women to succeed and bring their full potential to the corporate workplace table. At the same time, it should be de rigeur for men to take what is rightfully theirs because, as any parent will tell you, you never get back those first few weeks of a newborn baby… Written by Helen Goodier.