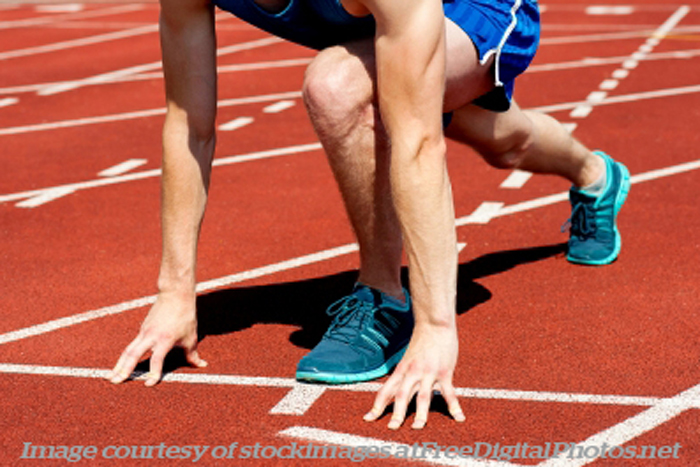 We are entering the last quarter of the year – typically the most intense one. We continue to present 12 strong ideas on the 12th day of each month. Let’s see if our perspective can help us all make it to Christmas in good shape… To paraphrase Gordon Gekko in Wall Street, “Grit is Good”. The Paralympics in particular have illustrated that there is no shortcut to the top, no matter what your (dis)ability. Have a look either at this superb clip from Samsung or even at Boris Johnson’s very funny Parade speech. Now grit is particularly useful in the current business context: many of us have been running hard since 2008, and the London 2012 athletes can provide useful wisdom to help us continue performing at a high level until we reach our elusive targets…  However, open-ended grit can be hard work if it is not mixed with hope for the future and an ability to bounce back. We call this Optimistic Grit. Beyond the obvious on dedication and delayed gratification, this is what we can learn from the last seven weeks: 1) Post-traumatic growth as a model to rebuild lives and careers Sitting-volleyball Paralympian Martine Wright lost her legs in the 7/7 London bombings. “There’s definitely something. I don’t know whether it’s spiritual or it’s fate, but I really truly believe that I was meant to do this journey,” she says. Martine’s story fits the definition of PTG: a positive psychological change as a result of highly challenging circumstances. The growth doesn’t come from the trauma itself but from the experience of dealing with its consequences. It is not simply a return to normal but a heightened level of achievement based on a greater appreciation of life and a changed sense of priorities. Many companies have been deeply wounded by the current recession – no matter who is to blame. As leaders we need to accept the situation thrust on us and then provide a supportive environment where team members can grieve as needed, rebuild new aspirations, focus on what is under their control and find a new meaning to their professional life. 2) Home Advantage everywhere The zest and drive of Olympians is sustained by knowing that thousands of people believe in you unconditionally. In every major event the home team tends to do well, even in apparently unconnected events. Witness the Greek football team winning the Euros in 2004, a month before the Olympics opened in Athens. The impact in London was significant: both gold and total medals up 50% compared to Beijing. Research shows that flourishing teams use positive/reinforcing communications as opposed to criticism by a ratio of 3:1 and reap the financial rewards. Yet most organisations are largely set up to provide a criticising environment. What can we do to provide the same sort of Home Advantage to our teams? To make them feel that they “can’t let down all those who believe in us?” How can we create the internal belief that our teams are made of real champions? 3) Pushing yourself to the limit, then becoming smarter Most of our clients work incredibly hard but don’t know their limits: many are just on the wrong side of stress and lose sight of when their performance starts to deteriorate and decision-making becomes impaired. Coaching helps to restore sanity. Top athletes on the other hand have clear awareness of what the ‘entry ticket’ to top performance is: for Mo Farah it is 120 miles (200km) of hard running every week. No longer can a Mark Spitz win seven gold medals simply by putting in an extra half-hour in the swimming pool every day: natural limits of workloads have been reached. So they have to work with their coaches to become smarter, to identify the little thing that will make a big difference. Witness Wheelchair racer David Weir who trains alongside professional cyclists to understand the dynamics of using the slipstream of a pack as well as positioning for the last lap of a race. What is your equivalent of working smarter? What is the area of focus that will make a difference time after time? Can you find it in your company’s culture – for instance Apple’s being at the crossroads between aesthetics, technology and perfectionism – or do you need to invent your own? What behaviours do you and your team need to learn as a result? Who can help you think through it? 4) Failure as feedback, because you’re in control  Both in sport and management we find two types of motivation: those who have enormous self-belief and want to exploit it, and those who are simply terrified to fail. These two characteristics however are poor predictors of success: we all know footballers whose self-perception is clearly beyond their competence, and colleagues who are petrified by doubt. Independently of confidence, a characteristic of real champions seems to be the ability to control one’s life – what psychologists call internal locus of control. The reasons athletes respond to failure is that they can draw useful information from it: Five-times judo world champion Teddy Riner has clinched gold in London after a surprise defeat in Beijing: “it wasn’t a true failure; I was still a junior; this has allowed me to evolve, rebuild, learn from my mistakes and generally grow-up”. Contrast this with corporate environments where failure is not only punished but actively used to define success: “if nobody is criticising you, you are probably doing a good job”. Our challenge is therefore two-fold: to coach our teams in increasing their confidence about being in control – a form of managed optimism, as well as providing space for failure and gathering useful feedback. Interestingly, this is also what our research on Balanced Leadership shows. In some industries it is called Rapid Cycle Testing; we call it optimistic feedback.