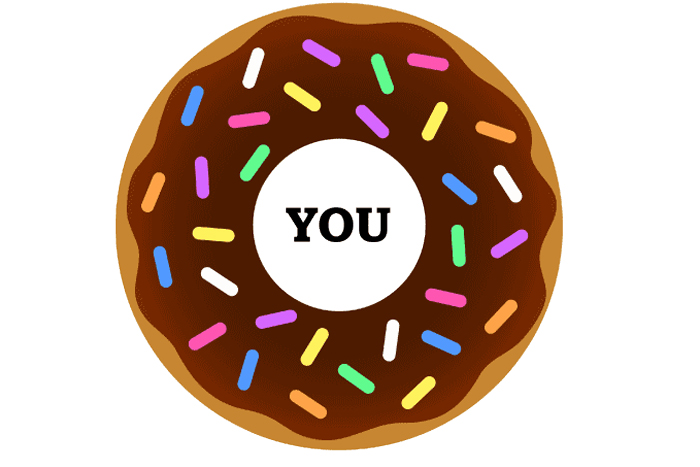 Passing the baton: doughnuts and delegation
The last couple of weeks have illustrated three different styles of passing the baton: first Queen Beatrix of the Netherlands abdicated. Her son’s turn, as expected. Then Queen Elizabeth II asked her own son to represent her as head of the Commonwealth – a significant gesture, call it cautious delegation or planned handover, depending on your opinion. Finally, Sir Alex Ferguson, the Scottish ‘King of English Football’ resigned to take a board seat and an ambassadorial role. In all cases big shoes to fill: they each have totally dominated their epoch. Knowing when and how to go is, for these three successful leaders, the final test of their wisdom.
So, what is the best way to go and is there a lesson for other leaders?  There are many different styles: from those wishing to ‘die on the job’; to those who pretend to pass responsibility but turn into back-seat drivers; or to those who rapidly move on to the next stage of their life. As one would expect, there is plenty of literature on the subject. The reasons why leaders hang on for too long range from personal issues (e.g. loss of social identity, fear of boredom); to trust of successors’ ability to continue their work; to family pressure not to retire… We would like to explore two themes today: making leaving attractive, and raising your confidence in your successors.   Doughnuts are good for you In his 1994 book, The Empty Raincoat, Charles Handy  used the American doughnut (donut?) as a metaphor for managing work and meaning: imagine inverting it so that the dough is at the centre (donut experts call them munchkins); then there is a void, then an outside boundary. At the centre is your work; that which appears essential on a day-today basis. The void represents potential: all the other things than one can do either to extend work beyond one’s role or to do other meaningful things. Wise leaders fill the void continuously, adding more dough. The boundary is there to represent a limit: without a boundary it is easy to be oppressed by guilt, for enough is never enough. Leaders often have a core that is way too big – they do not take the time to develop other aspects of their life. So when you threaten to take the core away, there is nothing left. Other leaders are highly stressed, always pushing the boundary out, thinking that if they stop, the world will collapse. The wise leader will both achieve meaning during their tenure but also have something to turn to when it is time to pass the baton. Sir Alex may seem totally obsessed by football but he also has a lifelong involvement in horse racing, charity work and labour politics: his doughnut will not be empty when the core gets taken away in a couple of weeks. Another example is Bill Gates who seamlessly switched his great skills away from Microsoft and towards his foundation.   The courage to practise delegation The issue of trusting successors is actually a straightforward one: start early, identify candidates and prepare them properly.  The infrastructure exists: boards are in charge of managing succession; HR Directors deploy talent strategies. But these count for nothing if leaders do not practise the habit of developmental delegation. Over the years we have interviewed dozens of Chief Executives and asked them how they spent their time: most devote a surprisingly high amount of attention to actively developing people. To quote one of them: “I see my day job as distributing problems and checking solutions; beyond this, managing stakeholders and stretching people while supporting them are the other areas where I can add value.” In our experience professional delegation and timely feedback are skills which need to be learnt and practised. Many senior leaders – not just entrepreneurs – are incredibly amateurish at getting the best out of their teams. It is like purchasing a very expensive sports car but only ever running it on two cylinders. It typically starts with their own beliefs and fears. Once they analyse their own career journey and attack subjects such as the reluctance to appoint really smart colleagues, they are ready to build high performing teams and make themselves redundant. Good delegators and people developers exhibit daily courage, dominating their fear of tasks being done less well and less quickly than if they did it themselves. Practice creates habits and habits take time to install – as we know from working with our senior clients. Leaders with well installed habits are best equipped to knowing when and how to go: the ultimate test of a leader’s courage.
Averil, François and all at White Water Group