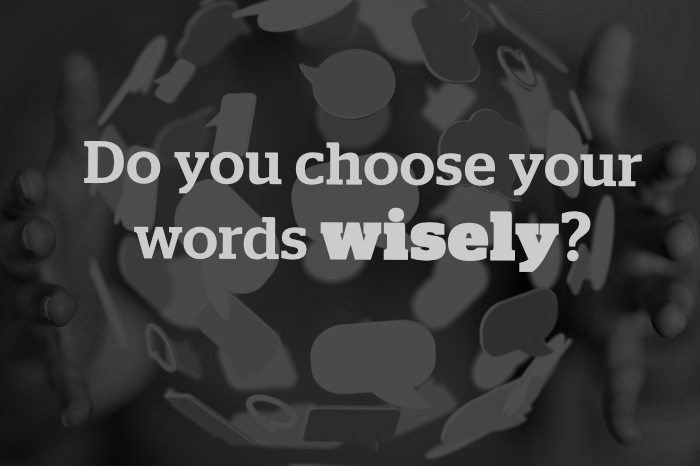 In the increasingly fractious debate of what constitutes acceptable public speech, organisation err towards bland caution, for fear of unleashing a twitter storm damageable to their reputation. Yet the same organisations routinely reinforce the use of expressions that sustain unconscious bias against various groups of employees and business partners. Here is a list of words that have extraordinary power when thinking about gender:

I had drinks with an HR Director last week. She told me of her firm’s desire for much greater gender equality. The CEO and some of the executive were fully on board. Then she was sitting in a meeting discussing the interim Head who was managing a significant impact on their Asian business. One of the men said, “She’s a nice girl but shouldn’t we get someone external?” My client looked around and waited, sighed and then weighed in, stressing the colleague’s track record, strengths and competencies. Would we refer to a hugely competent man running a major section of the business as a ‘boy’? If so, what would it imply?

In the past it was rare for a man to want to work flexibly. It was always the domain of women, usually after childbirth. As a result, bosses perceived it as a lack of serious commitment. This did women’s careers no favours. More recently – now that the enormous human and commercial benefits of flexible working have been established – I found it amusing, at a recent conference when Deloitte talked of ‘Agile Working’ and Barclays of ‘Dynamic Working’. Now that men want to work flexibly and remotely, we need a better label. These words are important because they are active, energetic, even sexy, compared with old goody-two-shoes ‘flexible’.

Don’t give me that ‘balance’ word. No-one in the history of time has ever achieved a perfectly balanced life for more than a few seconds. It just gives women another thing to feel guilty about, attempting to be great at work, home, with family and friends. Positive psychology talks about the healthiest life being ‘the full life’. So, the really important thing is to make enough space for the aspects of your life that you consider important. Women need to reflect on what is really important, what is low priority and what keeps them happy and strong. Work-life alignment gives us a better picture of the continual fine adjustments that have to be made to ensure that life includes what matters to you.

This is a personal bête noire. There are only two people in the world who call me Mum and I earned that right through hard labour. No-one has ever referred to my husband as a working Dad or questioned him about his responsibility in bringing up our children or how he has combined that with a career. It almost seems ridiculous to suggest they would. So, let’s stop describing women by their relationships, when they are irrelevant to the circumstances. It weakens women’s identities and reduces their credibility while it also ignores men.

Women are 51% of the adult population. That makes them a majority. Enough said.

And last, but not least: bossy and nasty

I love the way women have appropriated the slur originally heaped on one who mentioned tax avoidance by Donald Trump. They are identifying themselves strongly as ‘nasty women’. But why should a strong woman with an opinion be a ‘termagant’, a ‘shrew’ a ‘harridan’ or any other unpleasant epithet. The equivalent man would be seen as strong and opinionated. Let’s own the high ground and admire our female colleagues for being strong and impressive women.

I would ask you to just firmly challenge the choice of vocabulary that refers to women. As Lucy Maud Montgomery wrote in Anne of Green Gables: “I read in a book once that a rose by any other name would smell as sweet, but I’ve never been able to believe it. I don’t believe a rose WOULD be as nice if it was called a thistle or a skunk cabbage.”