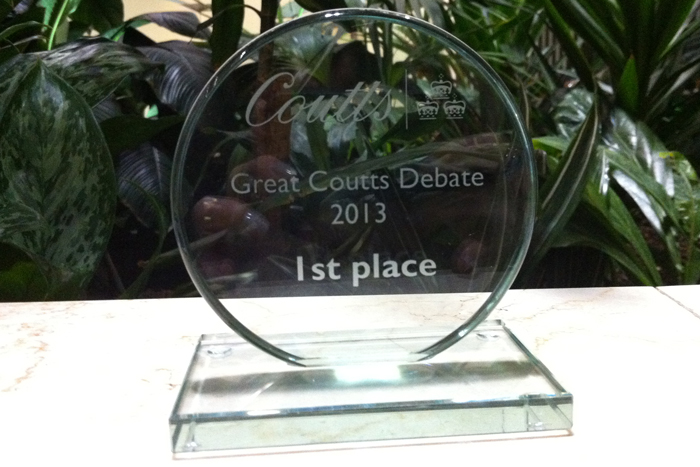 “This House believes that positive discrimination for women is no longer necessary”. I chose to oppose the motion but I could have argued for either side. Here is the gist of my five minute speech: “On the face of it, I am in absolute agreement with the proposers. Women do not need special favours.

Yet, it is estimated that it will take another 60 years to achieve equality. So, while we may not need positive discrimination for women, I believe that we may need it for men!

What do we mean by Positive Discrimination?

The proposers would argue that it is happening anyway

It is time for a paradigm shift rather than doing nothing. But habits are hard to change – trust me I’m a psychologist. Discrimination against women is just a bad habit, unconsciously acted on. It bears no resemblance to how good men really think about women’s talent. Let’s change it now. An illustration: In the 70s the government wanted people to wear seat belts. Prior to that it seemed ok to chuck you family in the car and risk their lives.  This would interfere with that liberty. Step 1 – They APPEALED TO OUR INTELLECT: the facts and figures and  WE DIDN’T WEAR OUR SEATBELTS Step 2 – They went for our emotions- films of hospitals and a hammer hitting a peach – I’ve never forgotten that one but WE DIDN’T WEAR OUR SEATBELTS! Step 3 – They made it law, ‘clunk click every trip’ and WE WORE OUR SEATBELTS. Take away the law now and that habit is installed. So, the intellectual case for women has been made but nothing has changed. We have appealed to the emotions but nothing changed. If we want to have the best businesses in the best society then, we need to stop talking and do something different NOW so our grandchildren are not still having this conversation. I implore you to take action to change out dated, habitual behaviours now.” My brilliant team members were Richard Wheatly, CEO of Jazz FM, David Sheepshanks CBE Chairman of St George’s Park and Lewis Iwu a trainee solicitor at Slaughter and May. Our styles were all very different, proving the benefits of diversity and we were delighted to discover that we had swung the vote in our favour. As a result, I am now inordinately proud of my winner’s trophy. I should like to thank each of them and Dr Margaret Mountford who was an excellent Chair ( she said she was fine with being called a piece of furniture) Jo Thornell of Coutts who was brilliant for initiating and hosting this debate. A great night and a certain amount of celebration followed. Written by Averil Leimon.