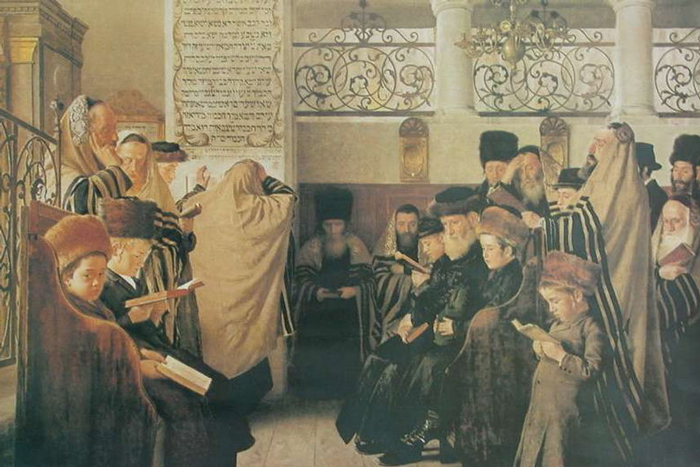 Tonight, for Jews around the world, marks the beginning of Yom Kippur, a 25 hour fast and Day of Atonement. It is not an isolated event but rather the culmination of 10 days of preparation for the new Jewish year. Although it can be seen as a deeply sad day punctuated by prayers for the departed and reflections on sins and personal shortcomings, it can also be seen as deeply optimistic ritual and active preparation for the new year. As we shall see below, there is much to learn for all of us as leaders as we strive to build humane organisations and high performing teams. You don’t have to be Jewish to enjoy the benefits of asking for forgiveness… A ritual that is good for you Part of Yom Kippur involves considering everybody one has wronged during the past year, from family to colleagues to outsiders and actively seeking their forgiveness. This can take the form of a conversation or a letter. In turn the affected person must recognise the sincerity of the apology and the effort spent in preparing it. This is very comparable to the ‘gratitude exercise’ described in positive psychology: one of the few true win-win situations where both the giver and receiver enjoy measurably increased life satisfaction, self-esteem and health. The way Yom Kippur starts the process is by focusing on introspection: only when we are prepared to ask for forgiveness can we get the ball rolling. There are many cases for example where the person who has committed a hurtful action (voluntarily or not) suffer themselves either through guilt, misalignment with their values or simply because they have damaged a relationship that was either pleasant or useful. Asking for forgiveness opens the door, irrespective of who was responsible for what. Consider for example the deadlocked situation between star footballer Zlatan Ibrahimovitch and his then coach at Barcelona Pep Guardiola: a total breakdown of a relationship where neither side was willing to apologise first, according to this BBC interview . Asking for forgiveness as a positive process What limits people’s ability to ask for forgiveness is often a misunderstanding of what it means. For starters, it is not ‘all or nothing’, nor is it equivalent to plea bargaining – letting you get off lighter; in business we may think that asking for forgiveness equals straying from principles or showing weakness. Instead it actually shows humanity and the right to make occasional mistakes, even big ones. Often it has no other consequence than helping both the offended and offender move on. It is perfectly conceivable for politicians for example to ask for sincere forgiveness about the war in Iraq and its dreadful consequences, without admitting they were wrong (knowing what they knew then). Asking for forgiveness can also be a process. For Yom Kippur it builds on the new year resolutions: what to achieve, which habits to acquire, which habits to lose. It prepares the ground for change by getting rid of emotional dead wood. A way to conduct a ‘forgiveness meeting’ can include:

1) Preparing: make a list of how your behaviour may have hurt someone

2) Saying sorry (obvious, but a good place to start!)

4) Clarifying the causes of your behaviour: was it poor judgment, an accident or even deliberate?

6) Formally asking for forgiveness – don’t expect to receive it, this is just the start of the process

In turn, and in their own time, the hurt person may adopt Desmond Tutu’s definition of forgiveness: “To forgive is to abandon your right to pay back the predator in his own coin, but it is the loss that liberates”. Leader as instigator of forgiveness The framework for Yom Kippur is easy: God demands that you should ask for forgiveness. It is not so easy in the corporate world. How do you create the right environment? What gives you the authority? There are many reasons: we know for example that good leaders demonstrate humanity, personal imperfection and have a high degree of emotional literacy; there are very good at reading tensions between team members, whether or not they had something to do with creating them. The John Templeton Foundation sponsored numerous projects on forgiveness . The learning regarding the role of leaders in creating the right environment can be summarised as:

1) Leaders should provide vision and meaning. For example by recognising that ‘hurt’ is a feature of corporate life (e.g. downsizing) and remind colleagues of the higher purpose of the organisation and the need to focus on outcomes.

2) Leaders should also provide legitimacy and support: they should communicate that human development is as important as financial performance; they should also outline forgiveness as a corporate strength that sits along other strengths such as courage, wisdom or curiosity for example. They should also celebrate and amplify exemplar behaviour.

Creating the space to ask for forgiveness Processes become institutionalised when they are rehearsed often. It would make sense for organisations to initiate quarterly reviews where teams take time off to think, not just about business performance and strategy but also about how well they are working together as well as with their customers and suppliers. Participants could prepare in advance for the meeting by thinking who they want to have a conversation with in order to clear their own emotional dead wood and prepare the quarter ahead. Doing it often lowers the stakes and also prevents resentment to accumulate. The leader’s role would be to ensure that conversations do happen – and that participants focus on positive outcomes. If you are interested in designing such a thinking space, get in touch. We’d love to help you set it up and create a really high performing team. Averil, François and all at White Water Group