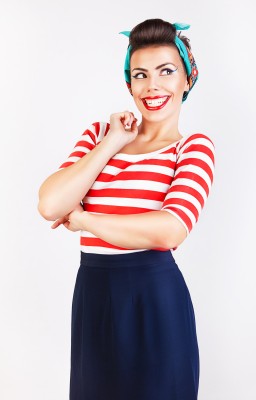 There was a bit of an uproar today about the use of tranquilisers by women. World Drug Report 2012, published by the United Nations Office on Drugs and Crime on Tuesday. The headlines read, ‘Stressed out women are turning to prescription drugs’. “Zombie epidemic’.  Apparently, women are more likely to ‘abuse tranquilisers prescribed by their G.Ps’ than take cannabis or other illegal substances. Can we just check our language a little? If a drug has been prescribed by your GP and you are obediently taking it, then the word ‘abused’ is pejorative and, well . . . . a little abusive in itself. The real questions should be about where the high levels of stress are coming from, what can be done to mitigate that and whether prescriptions of tranx are the right or only approach. It is easy to criticise doctors with only a few minutes per patient who reach easily for the prescription pad to give ‘a little something to get you through the day’. They are not trained for much more in depth conversations dealing with multiple stressors with few apparent solutions. The study claims that tranquilisers or sedatives are the only type of drug taken more frequently by women than men. The use of painkillers increased six fold last year. In addition, a third of women who trying taking painkillers without a doctor’s consent go on to become regular users, whereas in general relatively few get hooked on illegal substances such as cannabis. Now the fact is that more men still use non -prescribed drugs of one sort or another- more than women. There could be a few reasons for that. Women take better care of their own and their family’s health, visiting the doctor when facing problems. Men tend to go it alone.  So, because of their health seeking behaviour, women end up on treatments that can be habit forming or feel more able to self medicate with ‘respectable’ drugs rather than risk taking more unpredictable and illicit drugs. On top of that we know that women are more likely to self medicate in other ways – eating being top of many people’s list, when trying to cope in challenging situations. Getting to the nub of this, we need to think about the pressure that women find themselves under. Running home, family and job, they often shoulder more of the responsibility than their partner and have little time for recreation or time for themselves, ‘just chilling’. This is why we believe it is even more critical for women to work consciously and deliberately on building their own resilience. The rest of the family and often the workforce may be relying on them to stay strong. So we work with women to build their Model of Resilience:

There is nothing wrong with the right medication used in the right way for the right amount of time. Wrongly used drugs do little for a woman’s self esteem and sense of coping. Building resilience helps you become strong and smart in how you deal with the vagaries and challenges of modern life. Then again maybe what we all need is the right vitamins for PEP.