Move over – I’m smarter! What do today’s leaders need to know about managing tomorrow’s leaders? 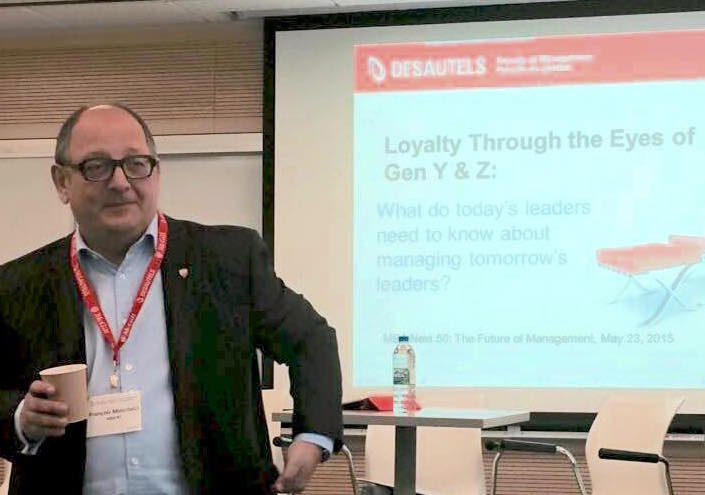 I’ve just returned from McGill University where I participated in a debate about Millennials and loyalty. Gen Yers typically get bad press: they are seen as smart and connected but fickle and hard to please. So what do we, as leaders, need to know and do to engage and retain them? First things first: let’s get some facts right. The Pew Research Center has interviewed every generation since the pre-war cohort (born 1928-1944). In every single case, the generation describes itself as smarter than the previous one… Technological awareness is not a new phenomenon: Gen Xers were already putting the argument forward; and the baby boomers take some beating when it comes to entitlement and self-centeredness. So we are left with two questions:

The answer to the first question may come from asking yourself about the formative years of a generation: did they grow up in a time where their parents were getting sacked in the name of ‘delayering’? – This goes a long way to explain the cynical view of many generation X employees towards big corporations. This also has a geographic component (collapse of the Soviet Union v. China boom) as well an industrial one: in the US Rust Belt, any job is good news. Once we understand the story of each group, we need to ask ourselves if the processes that were built for previous generations are still valid for the next one: if we pay people for their knowledge and their expertise, why do we still measure their time for example? If we have a generation where both parents have careers, who needs to be flexible? – Creative organisations will be more attractive. It is up to us to listen to the next generation and find new metrics and processes that will satisfy both the business and the emerging leaders’ group’s aspirations. So what about the Millenials: they are the most optimistic, connected, principled, worldly and smart working group the world has ever seen. The panel agreed that these characteristics generally could withstand the ‘mortgage test’: they will not lose their ideals when they hit a cash squeeze, they will simply adapt their lifestyle. But their loyalty has a price: they need to remain engaged, they need to respect their bosses, they need to keep learning. It is not always easy: one of my co-panellists mentioned that younger managers often exhibited impatience before they had gone through a full ‘learning cycle’ (in this case a financial year). He addressed it by created intermediary job titles that showed commitment from the organisation. My conclusion for Millennials is disarmingly simple: treat them as adults. If you’re asking them to be available 24/7, let them do their online shopping in the office, explain the business strategy to them so that they can own it at their level. In general, let them self-organise and focus on results. Adopt a coaching approach. Ask them for their opinion. Pretty simple stuff, but we often forget the simple stuff: legacy processes often stifle common sense thinking. Time for some generational spring cleaning!   François Moscovici