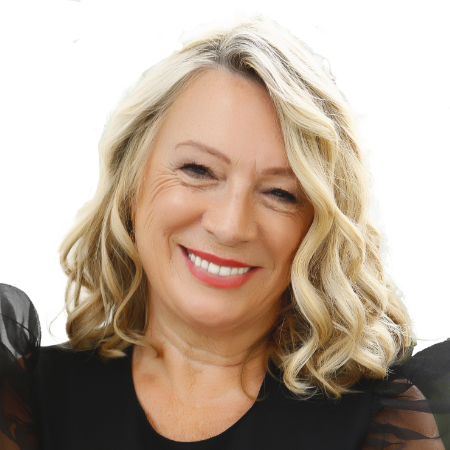 Averil is an executive coach, a leadership psychologist, an author and a media commentator. She co-founded White Water Group in 2002. Her approach to coaching combines sound psychology, warmth and robust respectful challenge.

After an MPhil in Clinical Psychology (Glasgow) and running psychological services for the NHS, she established the first private practice in Western Scotland, treating clients for stress. She moved into business to reduce stress through developing good leadership. Using cognitive behavioural psychology with a ‘normal’ population she effectively began coaching, before it was called that. Averil has transformed individuals and teams over 30 years using her unique blend of positive psychology and business insight.

Averil has always been a champion of women. Realising a decade ago that she worked almost entirely with senior men, Averil  turned her attention to the shortage of women in senior positions,  conducting joint research with the LSE and co-authoring Coaching Women to Lead (Routledge). Her mission is to ensure that women develop their true potential, that organisations of the future adapt to make the most of their female talent and that women’s networks become a force for change. Averil consults with corporations on the need for culture change. She considers the best modern leadership is about leading difference rather than seeing diversity as a separate entity or a box to be ticked.

Averil has written five books on executive coaching and related psychology. Currently working on the 2nd edition of Coaching Women to Lead (due out in 2021) she is eagerly analysing what has and hasn’t changed in gender equality over  the last 10 years.  Averil is also the joint editor of The Essential Coaching Series for academic publisher Routledge. She was voted one of the UK’s Top 10 coaches by the Independent on Sunday and was one of the first UK-based psychologists qualified in the academic field of Positive Psychology, an approach which reflects her ethos of working from an assumption of strengths.

She is the proud mother of two adult daughters and speaks about how working mothers can be role models to their children.