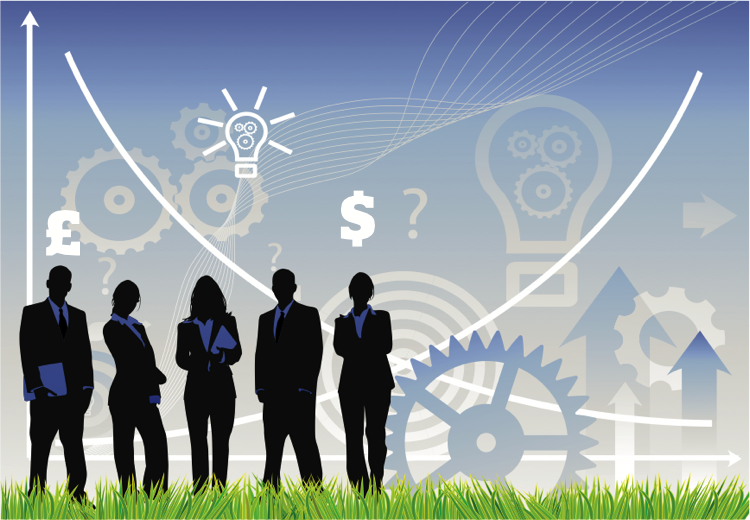 The maths of gender diversity:

Evidence from the City is that women are performing at least as well as men in fund management, the law, insurance, and banking. It is equally true in ‘real’ industries outside the City. So how do you convince those in power to pay more attention to recruitment and retention? – Simple: show them everyone stands to gain.

From macro to micro

In our new edition of Coaching Women to Lead we show, once again, that there is plenty of evidence to demonstrate that gender-balanced teams perform better. Somehow this fails to resonate at individual company level, so we need to dig deeper.

Some sectors are more traditional than others and some are better at extracting cash value from diversity policy. Banking – investment banking in particular – has a high-fear environment, making it more difficult for diversity policies to take hold unless there is very strong sponsorship.

Companies within sectors will rapidly copy each other: when we worked on gender in oil engineering, the sector was willing to ‘do something’ but our clients were the first global company to really invest in the development and retention of women in all its activities, giving it a head-start but then also spurring others to emulate them. The same is true in City law firms or insurance for example.

Each talent pipeline is different

Even though all law firms start with a majority of female newly qualified lawyers, the timing and speed at which they lose them along the way to equity partner varies greatly: if you don’t understand where and why you are leaking talent then you won’t get the benefits of greater diversity, no matter what your sector.

When we started modelling the cash impact of gender diversity – simply tapping the full talent pool and retaining high performers – we calculated that in a professional services firm a balanced blend would give every partner, male or female, an extra 10% net profit. This far outweighed the cost of introducing more flexibility or technology in the firm.

When we tried our model in real life we were faced with the usual pushback of “we are a meritocracy”, “natural female talent will emerge”, “we don’t do positive discrimination” and so on. A firm we worked with also confided discreetly that female partners were actually underperforming men. This was a bit of a challenge, so we really crunched the numbers with their HR team. Much to the surprise of the managing partner, the female performance data were inaccurate and women performed at least as well as the top male quartile. What weighed the average down was actually a long tail of underperforming men who had fallen below the radar. By then the business case for more women partners was compelling.

Each industry, each company has a history which is reflected in the profile of incumbent managers. Not only gender but also race, education, social aptitude and so on. Many industries at the junior level have been working hard to remove bias with nameless CVs, providing aptitude tests independent of academic qualifications, etc.
The challenge for most companies is at a more senior level: how do you get top female performers as the number of candidates dwindles with seniority? – With a clear bias: demand females on every list, ask for an equal number of male and female candidates for promotion panels, use female networks, etc. Given the low numbers of senior women on the market, you’re highly unlikely to be accused of discrimination and you will do everybody’s take home pay a favour.

“All happy families are alike; each unhappy family is unhappy in its own way.” – Leo Tolstoy

You really need to understand the unique way in which you are still failing to attract and retain female talent. Only then can you do something about it. Creating a quantitative model of your talent pipeline will help you build a clear business case, including the level of investment required to write a happy ending…