Home | Research & Opinions | Coaching blog: Do you really think that people can change?

Coaching blog: Do you really think that people can change? 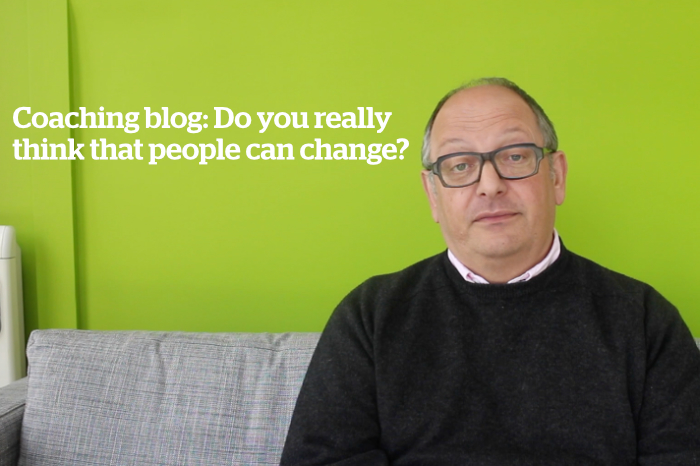 The oldest joke in Psychology is: “How many psychologists does it take to change a lightbulb?” The answer, of course, is “only one but the lightbulb needs to really want to change.”

Do you, really, at a visceral level, believe that people can change? If you don’t, we have a problem…

So where do you start? You, no matter what your role is, must at least entertain the possibility of deep and permanent change.

Can you think of a single example – public or private? Many of us can recognise the example of Nelson Mandela. Next, I want you to reflect on the concept of Nature versus Nurture. Babies aren’t meant to walk. They put in a lot of effort, a lot of frustration, a lot of commitment and experience a lot of setbacks before they can stand and walk. But then, at some point, we lose the energy and the commitment to develop and grow. What’s interesting is that all of our blockages, particularly in a corporate context, are pure nurture, which means that they can be re-programmed in the other direction.

So if you are a coach, here is a strategy:

What you want is set your clients up for success and then build it incrementally and, eventually, you will develop the ultimate goal with them.

Finally, both the coach and the client must consistently collect all the evidence and examples of change. There are plenty of psychological barriers that prevent us from seeing change;  from selective perception, to confirmation bias to cognitive dissonance: these are all words that we’ve heard before but they all conspire to make us blind to the evidence.

Showing the evidence is sometimes as important as the progress itself.