Home | Research & Opinions | Beatrice – Much Ado About Nothing (Shakespeare)

Beatrice – Much Ado About Nothing (Shakespeare) 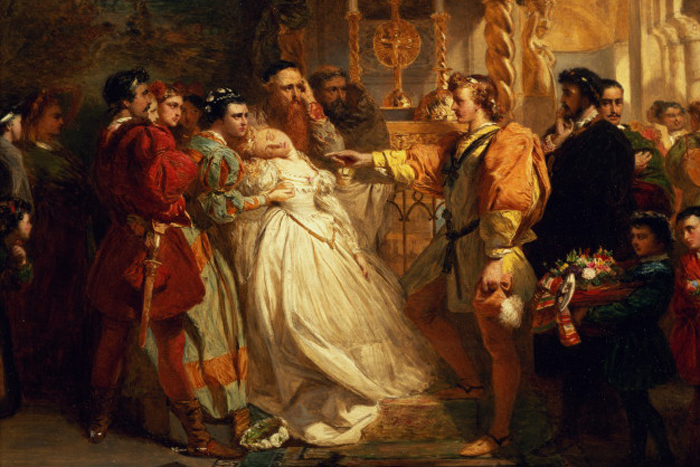 Possibly Shakespeare’s most playful heroine, Beatrice is the perfect vessel for his joyful manipulation of language and imagery to shine. She is a woman of sharp wit and a feisty intelligence, who has earned their respect and friendship of the influential men with whom she socializes. Beatrice has a caustic and jocular wit, the play effervesces around her and people are drawn to her warmth and comedy. Beatrice has a delightful sense of the ridiculousness of life, an ability to pick out the flaws and faults of the world and, with acrobatics of tongue and intellect, turn them into graceful comedy. Unlike many witty female characters, her is not a cruel or bitter comedy. She is renowned to be a “pleasant-spirited lady” and, as is somewhat unheard of, her wit and spirit is not resented but adored by those around her. When Don Pedro says she was “born in a merry hour” and she replies “no, sure, my lord, my mother cried; but there was a star danced, and under that was I born”. This sums up her essence of tragic joy, she manages to be caustic and sarcastic but remains positive, joyful and feminine. She is somewhat of a precursory cover girl for positive psychology. Shakespeare created Beatrice not as a damsel or a heroine. Many of the other leading ladies in his plays, whilst wonderful characters, are forced to remain within the bounds of femininity. Surpassed perhaps only by his Cleopatra, Beatrice is the female Shakespearean character who enjoys most equality with the men around her. She is feminine, and yet commands the respect of the men around her, able to join in with their witty quips. Her relationship with Benedick, in which the two spar in a constant “skirmish of wit”, a “merry war” which entertains the reader as much as it develops the characters themselves. Beatrice is confident and independent, able to hold her own among men, and even verbally outdo them, unafraid of using cutting remarks such as “I wonder that you will still be talking, Signior Benedick: nobody marks you” in an act of insolence that would not have been accepted from a woman who commanded less respect. Beatrice’s attitude to the expectations of women is also ahead of her time, she watches the bliss of engagement happening around her, and has no interest, it seems, for the men who wish to make her an honest woman. Instead she smiles and says, in a rare sarcasm without bitterness, and with only fond amusement at the folly of others, “Good Lord for alliance! Thus goes everyone to the world but I… I may sit in a corner and cry ‘heigh-ho!’ for a husband.” She is strong and independent, commanding the respect of men, which is something women of her day could rarely aspire to, and does so without compromising her femininity. Despite this strength, independence and her assertion “I had rather hear my dog bark at a crow than a man swear he loves me”, we must not see Beatrice as some unreachable Amazonian precursor of the clumpy image that feminism so often has. Not only is she still very much feminine, she is also vulnerable. When tricked into seeing Benedick in a romantic light by a conspiracy amongst the other characters, she weakens and falls for him. She does not, however, lose face, as Benedick falls just as hard and becomes more comedic and ridiculous in his infatuation. Though she needs a little push to do so, Beatrice reminds us that we can be strong and self-assured, we can laugh in the face of what is expected of us and command the respect of men, but we can still be women, and we are still allowed to fall in love. Beatrice is not all high-spirits and gayety; she also has a darker side. When her cousin Hero is wronged, Beatrice feels it deep in her soul. Rather than wailing of her woes, Beatrice boils in deep anger at seeing her cousin humiliated and heartbroken by Claudio. At last her frustration with being a woman surfaces, and she says, with a hint of something raw and terrifying, “that I were a man. I would eat his heart in the market-place”. Here we see her fierce loyalty, her sense of injustice and the frustration of being a woman in her society emerge in a combination that results in her calmly and cruelly asking Benedick to kill his best friend Claudio. Her anger, whilst not something to see as inspiring, reminds us that even the most positive and joyful of people have dark moments in which pain becomes unbearable. Beatrice manages not to let her anger overpower her, eventually forgiving Claudio once he has proven himself, and everyone can breathe again. It is how we deal with these moments, and whether we let them overpower us as Beatrice so nearly does, that defines us as people. Beatrice reminds us that it is the control, not the lack of darkness and insecurity, which makes us strong and brave. We can be feminist and still be feminine, just as we can be independent and still fall in love. Through Beatrice we can learn to laugh, she notices the ridiculousness of the world around her and faces it armed with barbed, intelligent sarcasm and the ability to be joyful and positive. In her most famous words, she playfully delivers a strong message of independence and the need to laugh at sorrow: “sigh no more, ladies, sigh no more. Men were deceivers ever. One foot in sea and one on shore, to one thing constant never. Then sigh not so but let them go and be you blithe and bonny, converting all your sounds of woe into hey nonny nonny…” By Jessica Bird