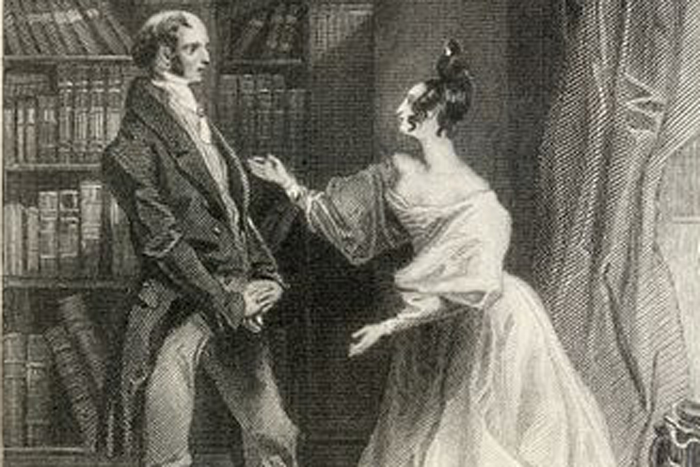 A cliché, perhaps, to cite Lizzie as an inspiring fictional woman, but whether we are sick of her or not, Miss Bennet remains to this day one of the seminal female characters in literature. Indeed, she is your traditional heroine in many ways, she is beautiful, elegant, bookish to just the right extent, and she gets the man. In fact she gets the man in British literature, the one whom we all not-so-secretly long for and upon whom so many male characters have since been based. All this should perhaps draw us to sneer at her, but Austen does not allow her characters to be perfect. Lizzie is flawed, often childish, and towards the end of the book she is very much proven to be wrong. In essence, she is human. Lizzie, a famed beauty, is a middle child in a relatively impoverished family, in which she is endowed, as so many Austen heroines are, with a ridiculous and embarrassing mother. Despite being destined to marry either clergy or gentry, Lizzie rises through the ranks, implausible as it sounds, to get married for love, to a man who happens to be rich, handsome, and darkly misunderstood. Surely every girl’s dream. It all seems like the silliest of fairytales so far, and the story could leave an all-too sugary taste in the mouth. So why should such an old-fashioned stereotype be inspiring to modern women? Because Elizabeth Bennet was modern before her time, in her character there are hints of modern class-politics and her fierce independence heralds a sort of feminism. Bennet defies what is expected of her class and gender, she scoffs at the social climbing that is inherent in the marital system of her day and is not scared of the terrifying word, ‘spinster’. She exhibits a kind of strength that would not, in the real world of her time, have been tolerated; she defies her parents’ wishes by refusing to marry Mr. Collins for convenience. She may not be faced with the same issues that women these days struggle with, but she can be held up as an example of how women through the ages have fought an inherently patriarchal society, in ways befitting of their time. Elizabeth Bennet is an example of a woman who used the tools she was given to challenge the society she found herself in. All this, the classic heroine who is surprisingly independent and challenging, could indeed be rather stiff and boring, but Austen always adds spice to her characters. Lizzie Bennet has a caustic wit, she quips and challenges with sarcasm and a raised eyebrow, not fooled by class or consequence, no-one in her society is safe from her piercing social commentary. Thus Lizzie is made more interesting than so many of her contemporary heroines, even those also written of by Austen. As Donna Leon (Author: Blood From a Stone) says, “Fanny [Mansfield Park] will drone on about virtue; Lizzie will tell a joke… Fanny will disapprove; Lizzie will laugh out loud”. In a society in which it was unheard of for women of her class to be passionate about anything other than weak intrigues and tittering, Lizzie’s humour is astute, bold and often raucous, she draws us to face the world and laugh. Elizabeth Bennet combines all these things and yet we should not simply applaud her for being unattainably perfect, this would hardly be more than admirable, and would certainly not place her in the echelons of the truly inspiring. No, Austen creates a legend ultimately by giving her flaws. Lizzie’s caustic wit leads her to be judgmental, jaded and cynical. Lizzie’s inverted snobbery and tendency to judge harshly eventually leads her into great difficulty. The truly inspirational part of her story is that when she is finally confronted with these flaws, when her failings are thrust into her face, she does not weep and wail and shrink into self-consciousness, nor does she turn up her nose and ignore them. Instead Elizabeth Bennet forces herself to understand these flaws, and to face up to them. On the face of it Elizabeth Bennet is pretty close to being the perfect woman; beautiful, clever, funny. She doesn’t seek it, but she commands the attention of men, hers being one of the most important men in literature. There are many ways in which we could admire her, and many of these are also reasons to dismiss her as a trivial work of fancy. She becomes inspiring, however, because Jane Austen makes her real, she is imperfect, it is possible to dislike some of her traits and like others, as it is with the real people we interact with every day. In her we can see our own faults, and through her we are reminded that it is within all of our abilities to overcome them. Elizabeth Bennet transcends her genre and her era, she is accessible to women of all ages and backgrounds. Lizzie is our proof that we can be flawed and still loved, she encourages us to laugh when life is unfair, to challenge what is expected of us. By Jessica Bird