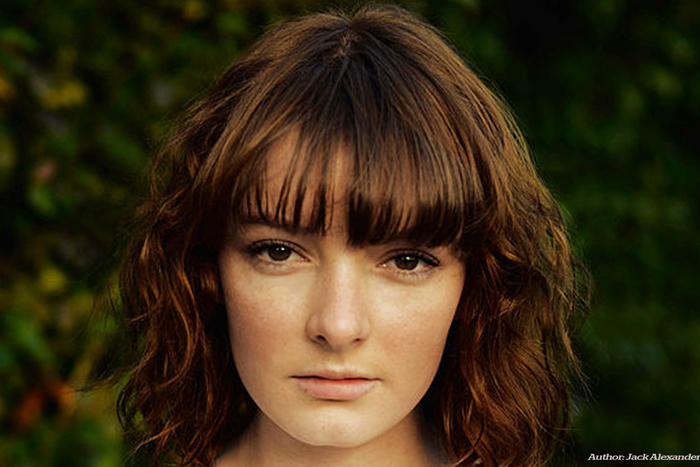 “It is only rarely that one can see in a little boy the promise of a man, but one can almost always see in a little girl the threat of a woman.” ~ Alexandre Dumas, fils Whilst it might be counter productive to refer to the idea of impending womanhood as a “threat”, Dumas’ words have a certain resonance, particularly when you look at a character such as Lyra, who is feisty, intelligent and a serious danger to the malevolent power structures around her. Pullman’s His Dark Materials trilogy can spark a debate in almost any field, be it religion, sexuality, abuse, but what we must not forget is that this seminal piece of literature, that has gained such acclaim in the modern world, is centered on the experiences of one little girl. Against the backdrop of the heavily patriarchal world of Lyra’s aptly named Oxford, it is intriguing that the main character is not simply a woman, but also a child. Compared to the ageing, stuffy, male figures around her, Lyra represents a traditional image of female power, small and stifled, reduced to hiding in cupboards as the only way to have any insight into the male power-structures that dictate her life. From this beginning, however, Lyra goes on, quite literally, to change worlds. It is in her personality that the “threat” really emerges. Lyra is often harsh, violent and unforgiving, speaking her mind and spitting out judgments; to put it bluntly, and in words she would approve if, she don’t take no crap… Far from being ‘wise beyond her years’ as is the idiom condescendingly applied to any child who demonstrates ability above and beyond asking ‘are we there yet?’, Lyra embodies her youth. She can be petulant, she doesn’t listen to her elders, she tells tall tales to impress her friends and she makes bad decisions. Let us look at her, then, as a child. Suffice it to say, she achieves the astonishing for an adult, and for a child the downright preposterous. However, by assuming that, as a child, Lyra is not as capable of heroism, nobility and adventure as an adult, we mirror all those who look at women and say they are incapable of achieving as much as men, professionally, personally and if the world ever needs saving. Lyra’s example should, instead, inspire us to look at the human being in everyone, and think about what that is capable of, without assigning limitations according to gender, age or anything else. The real beauty of Lyra’s character lies in the moments in which her harsh, feisty attitude breaks down, her defences lower and the reader is allowed an insight into the girl inside. Whether this girl is scared, exhausted by responsibility, compassionate, or even in love, Pullman makes her poignantly human and incredibly feminine. Lyra battles, like so many women before her, with the aspects of her personality she must reconcile, her conscience and cowardice, embodied by Pantalaimon (her Daemon, if you don’t know what I mean by this, toddle off and read the books), her risk-taking, rough side and her deep seated compassion and ability to love. Women are traditionally raised to be very risk averse. Young boys rough-house in the mud and get cuts and bruises, whereas we wouldn’t have anything harm our little princesses. Thus they often grow up and enter the professional world having been conditioned to be much more careful. Pullman demonstrates this constant voice, warning against boldness, very physically, with Pantalaimon. Far from claiming that conscience is a singularly female trait, I do think that ‘cowardice’, or at least, carefulness, is something that hinders women much more in the world of, say, professional advancement. Lyra Silvertongue, then, should be of great inspiration, as she balances the often too sensible voice of her Daemon, with her wild urges, using the best of both these sides of her personality to end up on top. There are a number of examples of similarly dark ‘children’s’ books, such as The Windsinger series, in which kids are burdened with oppressive responsibilities, and thrown into difficult situations. There are few, however, who compare to Lyra, who traverses worlds, faces death, love and loss and threatens the very pinnacles of society itself. Lyra, as a child, is an incongruous leader, and yet as the books advance she commands loyalty across universes. It is when we feel held back by our womanhood that we should turn to Lyra, who, challenged as she was by not only her gender, but also her age, brings the world of ‘men’ (and more, but no spoilers) crashing around her, whilst finding time to learn about love, sacrifice, physics and witches. As with all the women in this series of articles, Lyra is not perfect, else she would not be inspiring. She can be irritating, and petulant, and at times too wild for her own good, but with this intensity comes passion; she risks boldly, loves fiercely and fights like a tempest for the things she believes in. The next time a situation calls for boldness, do as Lyra would, ride in there on your armoured bear, ready to take down entire religions, and remember that to be a woman is not to be a coward. By Jessica Bird