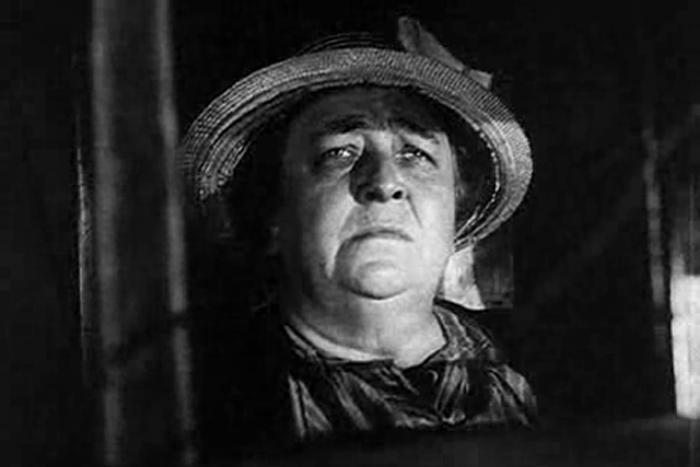 Ma Joad is an unlikely candidate to be lauded as an inspiring woman. In as much as Steinbeck can be said to write heroes and heroines into his dark, gritty works, she is not one of them, and in fact could probably be seen as a secondary character, unimportant other than as a prop for the storyline. Yet she has qualities that make her fiercely admirable, she is loving, tough, determined and sometimes terrifying. She could so easily be overlooked, not only for her status in the story, but because she is ill-educated and the type of person who traditionally holds little sway, particularly in a book so renowned for its clever political messages and dark social commentary. Ma Joad may simply represent the ‘unwashed masses’ and is often written off as merely a symbol of her class. In her, however, is the glimmering strength of humanity, and thus Steinbeck makes one of his most moving comments. Throughout the hardship with which the book is famously rife, Ma Joad is a pillar of strength. The image that overwhelms the reader is of a small, robust woman, constantly wearing an apron and holding some sort of cooking utensil, stray hairs and stray children flying around her. Her vocabulary is small, she does not swan about looking fabulous, nor does she confront the great injustices of the world in superwoman fashion, but put her family in danger and she becomes more heroic than any prince or war hero. Ma defers to her husband, as was expected at the time, but she knows perfectly well that she is the backbone without which the family would fall apart. Her fierce belief is that the family must stay together, and for this she will sacrifice everything. She must feed them, clothe them, be their mother, their boss, their therapist, their nurse and all while she herself starves. There are a number of humorous moments where she takes forceful control and her husband, who becomes somewhat ineffectual as soon as the real troubles start, says that he should strike her for being so obstinate (“seems like the man ain’t got no say no more”) to which her calm reply is often that, as soon as the hardships are over, he can hit her if he likes, but until then she wouldn’t hesitate to “whup” him. The personal sacrifices made by Ma Joad throughout the book are not simply those of comfort and food; as the “citadel of the family, the strong place” she cannot falter. This woman is thrust into a world of fear, hardship and uncertainty, she is forced to abandon her life and set out with her family into the great, terrible unknown, and were she to despair, catastrophe would strike. She understands that “since old Tom and the children could not know hurt or fear unless she acknowledged hurt and fear” she must swallow her own worry and always seem to have the answers. Steinbeck occasionally allows us to see glimmers of the swan’s feet below the calm surface, hints of the terror she struggles with, that the rest of the family can indulge in from time to time, but which she must wrestle down inside herself. She is not remote and faultless, but she must pretend to be; her humanity, her weaknesses, were they to be seen, would crumble the family. This strength is beautiful and superhuman, and Ma Joad thinks nothing of it, it is a symbol of her pure unadulterated love for her family. Though she is tough, often forcing the Joads to wrench themselves away from despair by having none of it, Ma Joad is also kind and loving. She feeds children that are not her own, when there is barely enough to feed herself. Steinbeck does not paint her as a nun or a saint, she is just as likely to box one of these children around the ears for being lippy as she is to give them the last of her stew. She is harsh and rough, and her personality sometimes seems unsympathetic, but will step up when someone needs her to be understanding and sensitive. Ma Joad not only keeps the family from despair, she breathes joy into it, when there is joy to be found, “it was her habit to build up laughter out of inadequate materials”. Ma Joad may not have the qualities of a traditional heroine, and on face value many would scoff at the idea of her being inspirational; she is ignorant, common, old and exhausted. Her life has no bearing on the world, she does not accomplish great feats, nor does she swoon into the arms of a handsome man. Instead, Ma Joad transcends the limits of her class and sex; she embodies womanhood, motherhood and humanity. She is the essence of strength and dependability, and upon her childbearing hips she cradles the wellbeing of the family that loves her, sometimes fears her and could not survive without her. A man may be able to pick more cotton, but I defy any man to outdo her in bravery. Ugly Ma Joad in her faded, patched dress and clumpy shoes, who could so easily be forgotten as just another hick cliché, is a goddess and a hero. Despite being a work of fiction, she is painfully real, we all know her and should aspire to be like her, she is the mother we either have or long for, she is “great and humble”, terrified and yet calm, she takes no nonsense but loves and gives like the softest of bleeding hearts. Ma Joad is more than a simple socio-economic comment, she is humanity. By Jessica Bird