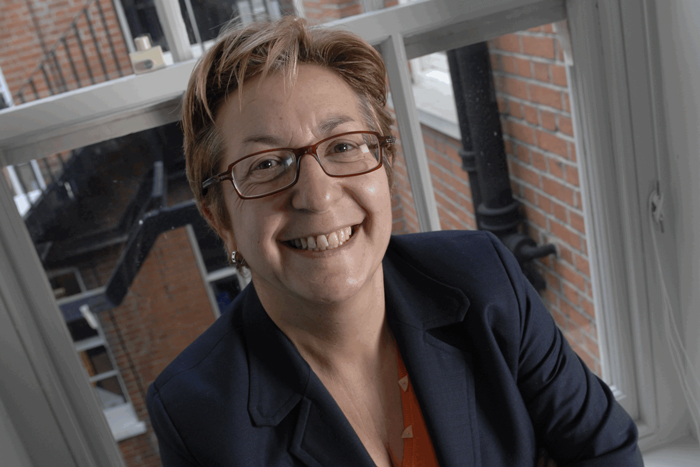 It is with great delight that we present to you our next inspirational Wonderful Woman – Teresa Graham CBE, who will take up the position of Chair of the Women of the Year organisation in January 2011. Teresa is also possibly the best networker we have ever encountered. She started life as an accountant, specialising in enterprise and deregulation, winning ‘Young Accountant of the Year Award in 1988 in recognition of her contribution to the small firms sector, her profession and work with Government.  She joined Baker Tilly in 1989 and during her time there she headed up their Business Services Department. In 2008 she became the first woman recipient of the Institute of Chartered Accountant’s Laureate for her contribution to organisations outside of her profession. She now works independently focusing on two of her passions – strategic advice to ambitious, growing businesses and liberating these businesses from the fetters of red tape. She holds a number of non executive directorships and has a variety of mentoring and advisory roles in other growth businesses. Teresa was Deputy Chair of the Government’s Better Regulation Commission (BRC) having worked for twenty years in the deregulation and better regulation arena. She is Chairman of the Administrative Burdens Advisory Board of HMRC and a member of the Treasury’s Office for Tax Simplification and has recently returned from number 11 Downing Street where she was honoured for her work with HMRC. She is also immediate past Chair of the Regulatory Board of the Royal Institution of Chartered Surveyors and was awarded an honorary fellowship by them for her contribution. Teresa was awarded a CBE in the 2007 New Years Honours list for public service and an OBE in the 1997 New Years Honours List for services to Better Regulation and the small firms sector. Teresa’s other passions include her work with The Sustainability Institute which works within the Lynedoch Eco Village in South Africa and, in particular, with the crèche children whose lives are too often filled with violence and poverty. As part of this, she is the volunteer part-time MD of the Lexi cinema in Kensal Rise, London, who covenant 100% of their profits to her South African project.

1 What do you regard as your mission in life?

My mission has been  to be a defender  of and advocate for growing businesses ; this started  with my career as a chartered accountant  ( where exams were not my forte, but  where client relationships certainly were ) and continued through my role  as a champion of better regulation. I am particularly proud of the Better Regulation Task Force report entitled “Less is More” which said to Government, if you seriously want to reduce burdens on business then read this as it will tell you how to do it! This mission has been enlarged of late as , 3 years ago,  I lost my heart to the most marvellous project in South Africa, Lynedoch Eco Village. The work they do with children is inspirational and encourages them to “dream big”, when all around them is violence and poverty

2 What attributes do you think have contributed to your success?

A determination  to succeed, linked to a real passion and belief in the role  SMEs have to play in the UK economy  combined with  an ability to join the dots between the world of government and the world of  SMEs.  My clients would acknowledge that “I would die in a ditch for them” and I bring that passion, energy and  loyalty to  everything l do .

3 What difference has it made being a woman?

Growing up professionally in  the North East of England within an accountancy profession dominated by men was an education  in itself, but I can honestly say that  my subsequent  move to London opened  up the world of work  where  ability was prized over and above gender.  As a successful woman  I  consider it my responsibility to help other women up the ladder . I don’t subscribe to a glass ceiling but l would acknowledge that l have been showered with a few shards from time to time!

4 What advice would you give young women, starting out in their careers?

Find your passion, behave professionally and with integrity, show respect for those you work for and with and find yourself a mentor.